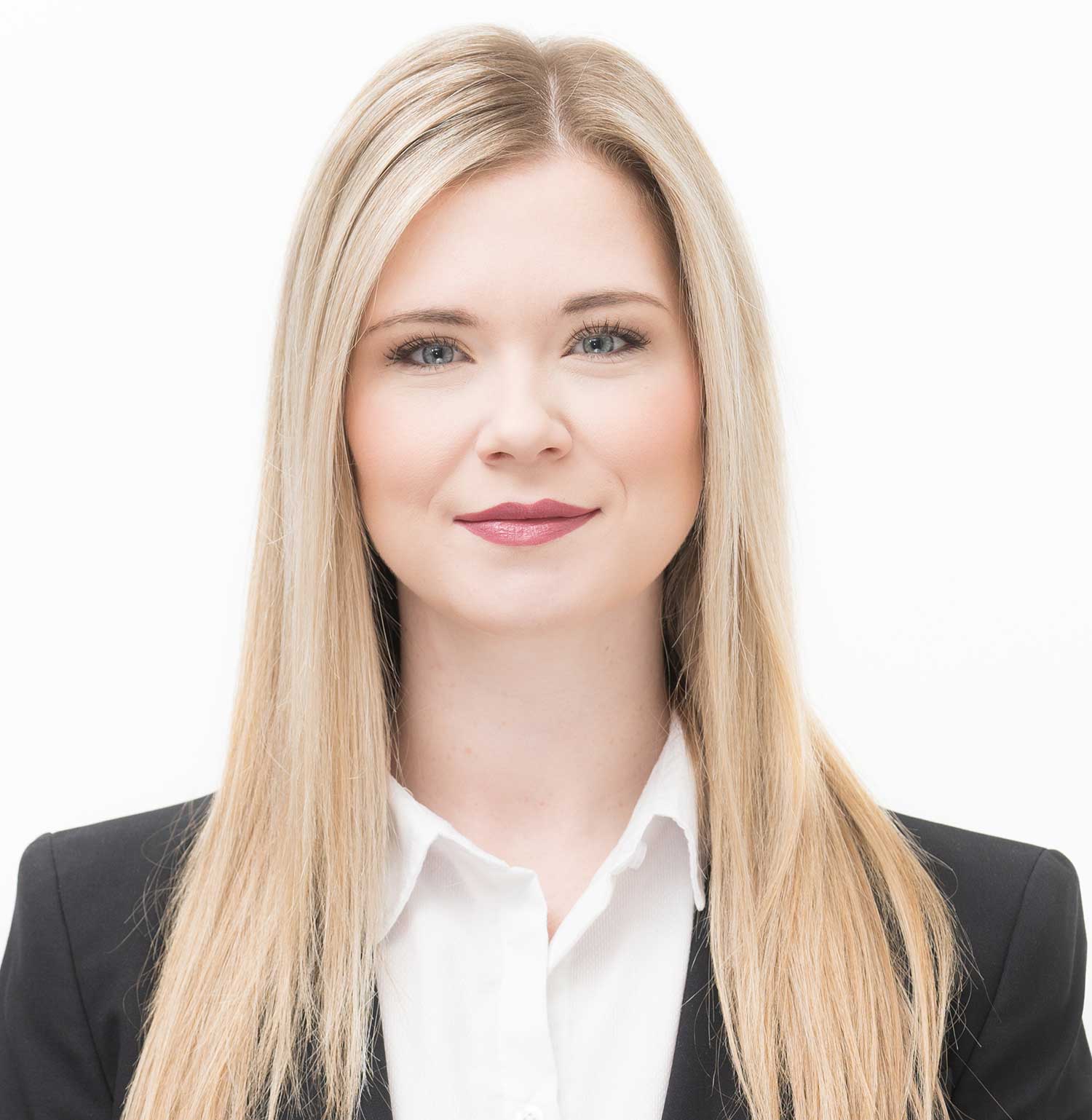 Born in Montreal and raised in Niagara, Elizabeth serves clients in both English and French. Prior to practicing law she obtained her bachelor degree in Honours Biomedical Sciences from the University of Ottawa. During her bachelor degree, Elizabeth worked extensively in research with a primary focus on pediatric concussion. She has also been published in maternal-fetal epidemiology and was awarded a research grant to work in a neurocardiology lab in France.

After obtaining her bachelor degree in Science, Elizabeth entered law school and graduated from the French Common Law program of the University of Ottawa in 2018. Elizabeth joined the firm as a student in 2017 and was subsequently hired on as an associate after being called to the Ontario bar in June of 2019. While in law school, Elizabeth specialized in Health Law and found herself called to the work of personal injury litigation.